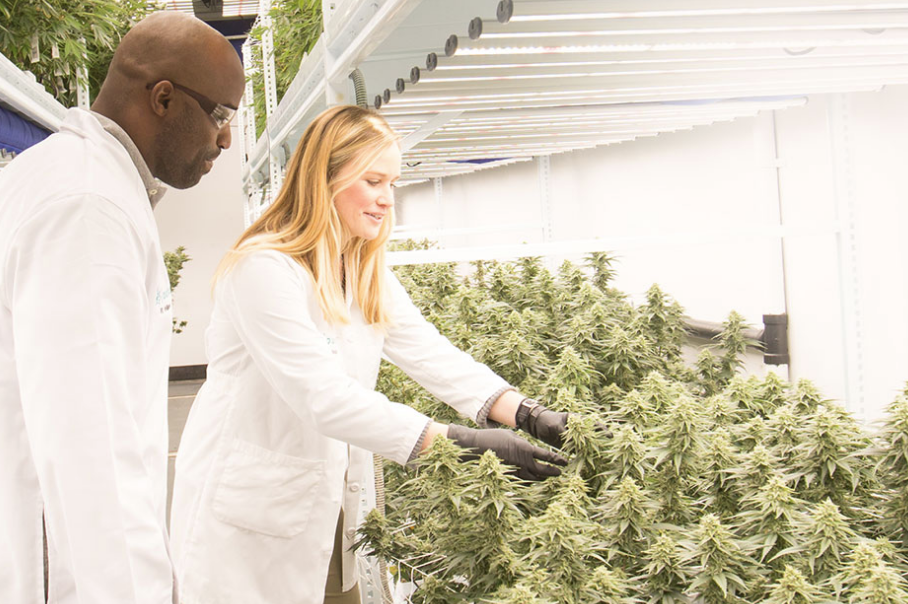 Football’s strongest cannabis brand has a clear vision, and a strong conviction about how he’s going to carry the ball from here.

“It’s just what it says. Up here, cannabis companies can’t use a celebrity to endorse cannabis products, period. No names, pictures, nothing. They can’t advertise in magazines or on billboards, either. Twitter ads… instagram endorsements… nothing.”

Ricky Williams leaned back in his chair and took stock of what he had just been told. He had come to the Arcview investors forum in Vancouver to develop his namesake brand of CBD and THC cannabis products among investors. Williams’ Real Wellness line of products had gained good initial traction in California, and it’s no wonder; Ricky Williams is famous and very well liked. But it didn’t sound, at that moment, like he’d be able to develop in Canada. “Is that for everything? For alcohol, too?”

I had to think about that one. “No, I guess not. There are restrictions on how alcohol and tobacco can be advertised here. But Wayne Gretzky has a wine, and it’s really popular.” And that didn’t seem very fair. But, unlike most pro-athletes, Ricky Williams is used to things not being fair.

In the world of branding and marketing, celebrity endorsement is the closest thing there is to a sure thing. For better or worse, consumers form a strong, visceral bond with celebrities, and try to connect with them through products. The stronger the bond, the more valuable the brand.

I had to wait in line to meet Williams after taking his 7 am yoga class at the Arcview conference. Our one hour talk later that evening at the hotel bar at Vancouver’s Westin Bayshore was interrupted no fewer than four times by people who just wanted to say hello… they loved watching him play… thought that the suspensions were stupid, etc. Williams was friendly and gracious with all of them. He left an indelible impression that they would surely go tell their friends about.

Supernaturally talented, whether he likes it or not

Beginning with his 1998 Heisman trophy win at the University of Texas, Ricky Williams was a national football headline machine. He was then a controversial number one draft pick for Mike Ditka’s New Orleans Saints, and an absolute star for the Miami Dolphins. He was the first player to play with dreadlocks; a deadly-fast, tough and elusive tailback, prone to long carries and yards after contact. Defenses knew the run was coming, and it hardly mattered. Get Williams a block, he could break one open.

This was pre-youtube, when we all still had to tune into ESPN’s Sportscenter to get a highlight fix. The best plays led, and Williams was always up in the mix, tearing up the backfield in a tornado of dreads.

The most popular outcast

Then, in 2003, an army of Madden-playing, weed-smoking, 18-24 year old football fans had their hearts broken when the NFL suspended their leading rusher after he tested positive for marijuana. Williams retired in his prime rather than face a suspension, provoking a storm of controversy and strong opinions divided sharply along an age gap. To many young fans, it seemed absurd. This was the time of a professional-sports-wide reckoning about steroids and other PEDs. Williams played every Sunday against linebackers whose muscles had muscles. Chasing the best, most popular back out of the league over some reefer seemed wrong.

No longer in football, Williams did the sort of “find yourself,” type of things that people in their 20s on gap years often do. He traveled to India and Australia, and studied Ayurvedic medicine in California, earning his share of ridicule at the time. Jilted, The Dolphins responded by clawing back the signing bonus from his contract, creating strong financial incentive for him to return to the Dolphins in 2005, only to be suspended again in 2006 for another failed drug test.

When Williams signed in 2006 with the CFL’s Toronto Argonauts, former Argo, former Washington Redskin and self-appointed defender of football tradition Joe Theismann chided the Argos for the signing. It was a “disgrace” that the Argos would sign an “addict,” like Williams.

The football establishment saw an immature kid, wrecking his career over a ganja habit. But Williams’ age peers didn’t all see it that way. To us, Williams was somebody who cared about being more than a football player, and was trying to wrap his mind around a way to do that.

Williams delivered a respectable and exciting 2006 for the Argos, before it was ended after 11 games by a broken arm. He returned to the NFL in a successful second act in 2008, excelling on a decent Dolphins squad running a funny single wing “wildcat” offence that asked a lot of its tailbacks. That kept him in the spotlight, and Ricky Williams became the millennials’ version of Jim Brown or Alan Page. A cerebral, well-rounded player, trying to fit into a world that only wanted his talents on their own terms. In the end, Williams was able to mature enough to find success working within the system, and it felt like a whole generation of heads did it right along with him. 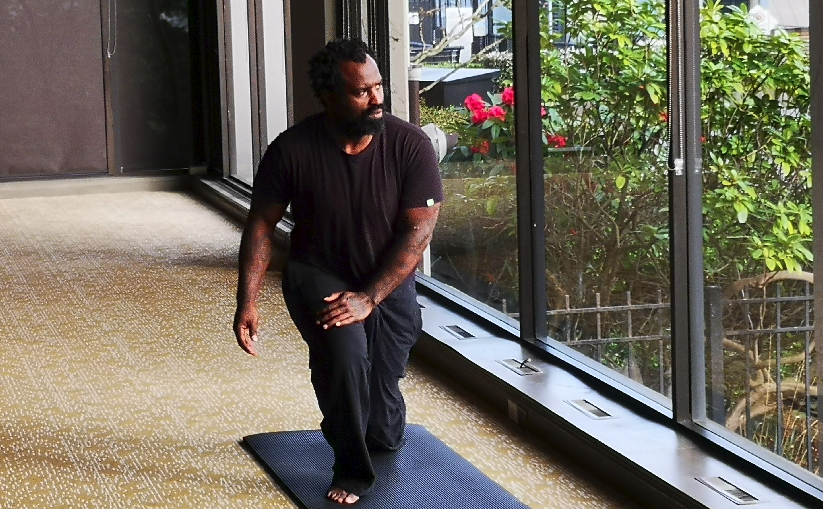 Williams is an atypical football player. He told me that he used to read Mark Twain before games. He loves football and has fun talking about it, but has broader and more diverse interests that go beyond sports and business. Williams is hyper aware of the potential that his name carries in the era of cannabis legalization. Instead of just licensing his likeness to whichever of these cannabis companies want to pay him the most for it, Ricky has decided to build a business in his own image. His line of wellness products is aimed at the active, socially conscious 30-50 year olds who were once the 20-40 year olds who watched him play ball. The people whose social conscience told them as youths that it was wrong to suspend a running back for using cannabis, and who now form the body politic responsible for its slow but steady legalization.

Most of the cultural shift is still on the way

Last week, Democratic presidential front-runner and undisputed elder statesman of the liberal centrist establishment Joe Biden was quoted by Marijuana Moment recycling the tired and wrong “marijuana is a gateway drug,” line. It turns out that it was an old quote (2010), but bringing it up in a modern context made him out to be a 76 year old primary candidate willing to ignore the better judgement of the majority of America’s adult population. That the most mainstream of political challengers could stick to an archaic drug policy, and the spectacular misunderstanding of the social climate that comes with it is perhaps unsurprising. A reminder that most of the shift is yet to happen. That cannabis users are still outcasts in an establishment that they are in the process of changing on sheer demographics.

The lifestyle and pain relief Real Wellness products that are cbd-based are available direct-to-consumer through the web, thc-based ones through dispensaries in California. RW is also in the process of making their CBD products available through retail outlets in California like gyms and yoga studios. The 30 million person California market is as good a place to start as any. Williams is from San Diego originally, lives in LA now. He likes Vancouver, expressed that he’d like to come back here, and is disappointed that Canada has effectively made itself a market that isn’t worth pursuing.

These laws are likely to change at some point, and when they do, a west coast city like Vancouver would have a lot of time for the pitch that Williams gave me about being empowered to “take their health in their own hands,” and “manage their own wellness,” with “alternatives to pharmaceuticals.” Until then, Ricky Williams’ cannabis brand, built on his own image, will be grown in California where Ricky teaches yoga, and works to develop a player centred football league; one where players aren’t punished for speaking up, or suspended for smoking weed. When a brand is built on being genuine, being genuine is the best way to grow it.

Real Wellness with Ricky Williams is a private company with no immediate intention of becoming public. Investors who would like to keep up to date with the company’s planned roll out in California, Nevada, Oregon and Florida should fill out the form below to get in touch with their investor relations department.

(Fundamental Hype has no business relationship with Real Wellness or Ricky Williams, and has not been paid any kind of fee for this article, but I did take Ricky Williams’ yoga class and it was pretty great.)