Last week, previously unknown “research” outfit Grizzly Research, LLC published a sensationalized report about Florida’s Trulieve Cannabis Co. (CSE:TRUL) that can only be described as a smear job. Grizzly’s website contains a total of two (2) other reports, both from this past spring. Neither of those reports or the one published about Trulieve were published with bylines.

In lieu of the promised “fraud” alleged by the report’s title, and on twitter, these anonymous alarmists have pointed out the long-understood detail that Trulieve CEO Kim Rivers’ husband, Florida real estate developer J.T. Burnette was the subject of an indictment for allegedly helping a pair of undercover FBI agents bribe a local official. The Tallahassee Democrat‘s excellent ongoing coverage of the scandal that Burnette is wrapped up in has yet to name Trulieve as a business whose activities were involved or even under suspicion by investigators. The various businesses that have been identified, including several waste management and construction companies and Uber, have yet to see any concern from their shareholders that having been shaken down by a Talahassee city official would effect the value of their equity. All have said that they’re co-operating with the investigation, and none have been charged with any kind of crime.

Scott Maddox, the former Tallahassee city councilor who has pleaded guilty to selling favors, isn’t known to have had any input in Florida’s marijuana licensing, which occurs at the state level.

The most puzzling reach in this “report,” is the idea that Trulieve cultivating marijuana in low-cost “hoop houses” has any kind of significance at all. TRUL cultivates and sells the most cannabis in Florida by an order of magnitude, and does it at the lowest cost. A chickenshit short smear questioning their methods is kind of like some drunk in the bleachers heckling Mike Trout.

At the risk of dignifying these slime balls with a response, Fundamental Hype has prepared a series of charts to illustrate the fact that Trulieve, the only public cannabis company that consistently delivers positive earnings, is very good at growing commercial cannabis.

The Florida office of Medical Marijuana reports on the sales of the three major product categories for all of the licensees in the state weekly. These charts cover a five week period ending December 20th, 2019. We’ve included the number of dispensaries for context.

Florida statute only began to allow for the sale of whole-plant dried flower this past summer. Before that it was to be sold pre-loaded in vaping devices, and that type of vapeable product is still very popular. Here’s the most recent period’s vape sales.

It doesn’t matter which period we chart, the shape of these charts are the same: Trulieve outsells all other Florida Marijuana licenses put together.

This blog has written extensively about valuing marijuana companies. Longtime readers will be familiar with our assertion that the true measure of a cannabis company is how much cannabis they can grow (and sell), followed by the amount of margin they create as they do so. We wrote in the original de-risking cannabis post that attempts to attract attention to anything other than a company’s unit production and margin are intentional distractions. At the time, companies were trying to distract from the fact that they were unable to (and unlikely to be able to) deliver on enormous promises they were making to sell stock. The Green Organic Dutchman (TSE:TGOD) comes to mind as the most egregious, but they’re hardly alone. 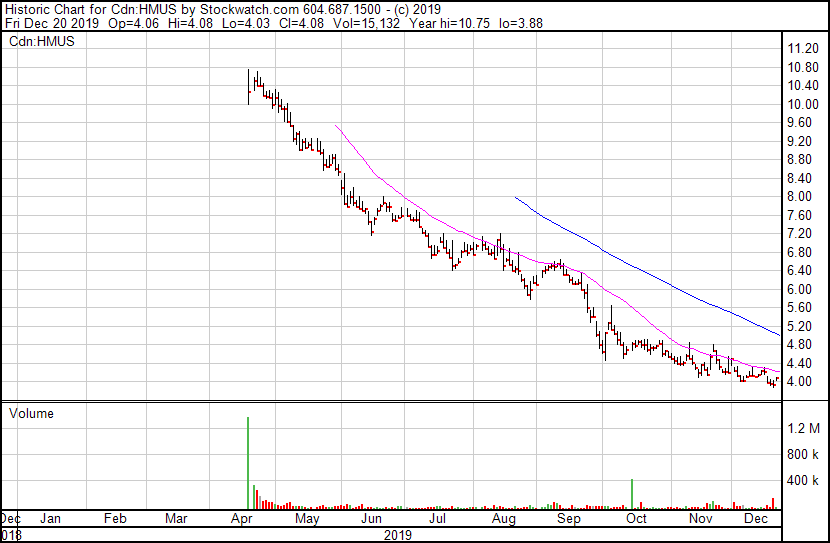 Eleven months later, the cannabis market has spiraled downward as a result of those very companies not being able to live up to to the expectations they set by having investors focus on everything but their production and margin. This short selling crew is working the same formula that inflated the cannabis market in reverse. They’ve taken the best cannabis company there is, the only one bucking the trend and showing growth in share price, and put the focus on everything but what matters.

Trulieve is the world’s only successful cannabis company. Last quarter they out-sold the three biggest cannabis companies in Canada, and used that revenue to deliver earnings – not just revenue, after-tax earnings.

They do that quarter after quarter like clockwork. Technically speaking, they aren’t even a venture-stage enterprise. The company makes money. They do it by producing more cannabis than any of their peers and doing it at a margin. Grizzly LLC would have you believe that they have defrauded the shareholders by using physical cultivation structures that keep their costs down. We expect that Trulieve’s lawyers will soon explain to them that the word “fraud” isn’t something that they ought to throw around.

The weakness exploited by this attack isn’t anything outlined by the report, but rather the market support for Trulieve itself. It’s important to remember that US institutions never deal in Trulieve or any other marijuana company doing business in the US. There is a veritable ocean of institutional money in the states who would happily invest in an in-the-black company with Trulive’s growth profile, but can’t because it’s against federal law. That means that the available market are retail shareholders on both sides of the border, and Canadian institutions who aren’t likely to get on board so long as US institutions are still shut out. To our knowledge, Trulieve has no concerted investor relations effort aimed at the retail shareholders. That’s typical of all-business companies who value substance over flash, but those companies can usually count on institutional support in the open market. Having been careful with their cap table has made the company all but invisible to the sell side, so when short sellers come around with a smear like this there’s no cavalry.

A concerted effort to cultivate retail support may have had enough buying on the bench to put these shorts in a squeeze and drive Trulive up to new highs, but if a frog had wings he wouldn’t bump his ass a hoppin’. Trulieve will either realize that they need some IR to keep their excellent story front of mind with investors, or they won’t. Either way, the value lift on TRUL is going to come when US investors finally gain access to these CSE-listed US potcos. Naturally, such a change will bring value to all of them, but there’s only one Trulieve.

This post is the author’s original work, based on his own informed opinions arrived at through research. The author is a Trulieve shareholder, having bought his position in the open market, and plans to add to his position at these levels. Fundamental Hype has not been paid a fee of any kind to write or publish this post, and has no professional affiliation with any entity mentioned herein.