Around six pm this past Wedensday evening, leaks started coming in to financial media through a floodgate about Canopy Growth (TSX:WEED)(NYSE:CGC)‘s intention to buy CSE listed multi-state operator Acreage Holdings (CSE:ACRG.U). That bombshell set off a sustained evening torrent through all of the well-trafficked portions of cannabis social media, as people questioned how it was possible, took a second to chuckle and the audacity of it, then set about scheming and licking their chops for whatever might be next. By Thursday morning, Linton was on television with Acreage CEO Kevin Murphy explaining that, yes, Canopy Growth could absolutely have exposure to the US market. They’d invented a way to make it possible, and they’d like to offer an opportunity to get in on the end-of-prohibition fortune to you, the viewer, right now!

The deal is effectively an option for Canopy to do an all-stock takeover of Acreage that would be valued at $3.4 billion if it were done today. To acquire that right, Canopy will pay $300 million cash to Acreage shareholders, and that comes out at $2.55/ for each subordinate voting shares. Acreage is one of these MSOs with a class share structure that keeps control with the founders, virtually assuring that this deal will get approval from the Acreage side. Acreage’s most famous directors Brian Mulroney and John Bohener each have share positions of (nil). There is a $150 million break fee payable by Acreage if they cancel the deal (all figures USD).

The structure is meant to keep from giving Canopy legal ownership of assets that the TSE and NYSE won’t allow them own so long as they’re listed, while still giving them fucntional ownership of the company, for the purposes of the balance sheet that’s traded on that exchange. This is an arrangement familiar to Acreage, who operates many facilities under “managed services agreements,” that has them operating but not owning licenses in states where the number of licenses they are allowed to own is capped – keep that in mind, but never mind the details! For the purpose of investor relations, this industry traffics in perception and imagination.

Canopy’s growth into the Canadian market that they’ve aggressively climbed to the top of in terms of volume, growth and footprint started to show signs of slowing down last quarter. They stopped publishing the split on their inventory, then stopped publishing the weight of their inventory altogether. There isn’t enough product being produced to fill provincial distribution centers, and that might mean they have failed to sell materially more than the 10,102 kilos of dried flower that they sold in (calendar) Q4, 2018 in Q1, 2019. We’ll find out when they file their financials some time in May. 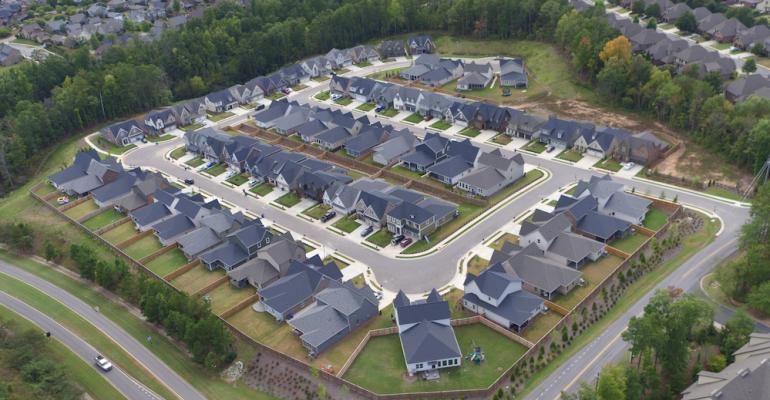 Technically, all potential is limitless

The easy, natural growth phase being over in the home market that Canopy carries would be devastating for Canopy’s equity. So, like the owner of a few prime pieces of land in a neighborhood where homes are beginning to stay on the market for a bit too long, and where prices are starting to slip, Canopy has cooked up a deal to purchase an option on a parcel just on the edge of town. It’s the perfect place for a subdivision full of town houses – classic styling with modern layouts and amenities. The city is very developer friendly, wants to work with them to put in new schools and libraries. There’s a grand, bright future in the area, and as soon as they get the contracts done up for the pre-sales, he’ll be sure to get a hold of you. There’s been a lot of interest already, you understand, but he won’t forget about you…

The revenue earned by those Acreage operations that they manage, but don’t own, doesn’t technically belong to the company, but Acreage isn’t going to let that stop them from using it to show the investors the potential inherent in this bold marijuana business. As first reported by Fundamental Hype, the company’s March 12th earnings release – fawned over by Grizzle Media Head of Research Scott Willis – began with a lie in its first paragraph. The company had not at the time (and has not at this time) filed their audited year end financial statements and management discussion and analysis on SEDAR, despite stating explicitly that it had done so. The absence of those financial statements makes the rest of the release unverifiable, along with the company prepared “detailed financial presentation,” which both took care to tell investors about income from properties that can’t legally exist on their balance sheet. Acreage’s annual general meeting is scheduled for May 7th in New York, and is to feature the presentation of that balance sheet, along with the rest of the financial statements, seven days after April 30, 2019 deadline for its filing that has been set by the Ontario Securities Commission, so we might see them yet… but who knows.

We are at the “my Instagram friends are messaging me about what pot stock to buy” stage of the economic cycle.

As near as we can tell, Acreage is patient zero for this type of “earnings reporting,” and so far are the only ones to tell an outright lie about having filed. Most of the largest CSE-listed MSO’s have released some kind of projected earnings, many including “managed revenue” from properties they’re not legally allowed to own, all containing pro-forma projections.

In an environment where investors are ready to jump on anything and bite, inclined to project the businesses of their own imagination on these companies, there’s really no reason for IR desks to clutter those imaginations with any sort of fact-based information that threatens to bog it down. C21 Investments (CSE:CXXI), a favorite of various flashy twitter personalities who speak in empty platitudes and have no imagination, as well as of noted pump and dump facilitator Chris Parry of Equity Guru, has been operating without so mach as an investor deck for some months now. The company website contains an investor’s FAQ that makes sure everyone knows where they can buy that stock, how they can buy the stock, where they can get a price on the stock, etc., and they’re sure to get around to emailing out some information about the business that holders of that stock are buying into one of these days.

Not wanting to miss out on the earnings rush, C21 told the street via news release that their Nevada and Oregon dispensaries earned the company US$5.1M in an arbitrary two month period ending March 31, 2019, and we’d like to give them credit for not including pro-forma revenue for some month in the coming summer, when they will be operating the dispensary nearest to a state fair that just booked Willie Nelson or something.

CXXI raised $14 million in January, but it’s unclear how much cash or debt they have, what it costs to run these dispensaries, and what kind of expansion ambitions they have… because we haven’t seen any financials since October.

For the second time in a year, Bruce Linton has showed up at a party that was slowing down. The company was getting stale and the conversation a bit predictable. People were starting to feel worn out, having had a bit too much fun, and were checking their watches and looking for a ride home. Linton then proceeded to sit down at the coffee table and started cutting up a quarter ounce of blow. Now everybody’s sticking around. This just got interesting and there’s fun to be had. Anybody pointing out that it won’t last forever, or asking him where the hell he got that stuff anyways, and if he knows what it’s cut with, cuz there could be anything in there…  is SUCH a killjoy!

No sense hating fun. As long as the joint’s packed and the vibe is right, people are going to worry about later later. The time is now.