Despite a full-on collapse in equity markets on both sides of the border, hope springs eternal in the still-young marijuana business. The sector took its lumps with the rest of the market, but none of its denizens seem all too worried. This new business is unlike any other: a controlled displacement of a black market, still very early in its development. Between that and the often repeated, unevenly applied truism about vice companies always doing well in times of recession, there is enough common interest out there to have these stocks continue along at absurd valuations as they grow into themselves. And if things work out, and these companies actually CAN earn the cannabis money that is still in the underground, the best might still be on the way.

Back in August when The Midas Letter was on full-time Molson-deal-watch, Howe St. and Bay St. were rubbing their hands together waiting for the big liquor dollars. Molson’s eventual deal with Hexo (TSX: HEXO) saw them going halfsies on a research company, and Molson getting an option on a 11 million shares of HEXO at $6. The liquor giant wanted to see how it goes, only wanted to invest in the business if it ended up working out, found a way to protect their price. Hexo looked thirsty.

The real liquor money came in October, when Constellation Brands (NYSE:STZ) broke off $5 billion for an investment in the sector’s largest company, Canopy Growth Corp (TSE:WEED)(NYSE:CGC). By vice trade standards, Canopy is revenue-light. They’re feeding off of the capital markets, just like their peers. They were in no position to turn down that number. Now they have a partner at the equity level for good or ill. Constellation has a control block in the world’s largest cannabis company for less than a year’s revenue. Because liquor money is serious money. There’s only one kind of money that it can’t push around.

In contrast to their peers, Tilray Inc. (NASDAQ:TLRY) remains unconcerned about core earnings growth, and isn’t afraid to let everyone know it. They’re excited about cannabis beverages, too, but want to develop them on their own terms. Their new deal matches Anheuser-Busch InBev’s investment in a research sub dollar-for dollar, and CEO Brendan Kennedy made certain to tell the news media that they weren’t interested in selling AB Inbev or anyone else a piece of the company just yet, and why would they? AB Inbev wouldn’t be investing in Tilray’s Canadian operations, they’d be investing in the eventual US expansion. Why let them at it with the risk premium still attached? It isn’t like Tilray needs the cash.

Tilray is a hedge-fund-controlled, us-based special purpose vehicle, staging to control the American marijuana industry’s staking rush as soon as the starting gun goes off. They don’t know if weed beverages amount to anything or not, but they’d practically be in dereliction of duty if they didn’t invest in finding out. It’s no coincidence that they’re doing it with the largest liquor company in the world (AB Inbev did $56B US in revenue last year). A $100 million JV with AB-Inbev might as well be a trip to the horse-track for some bonding. See how they get along, what they come up with, how it works out. 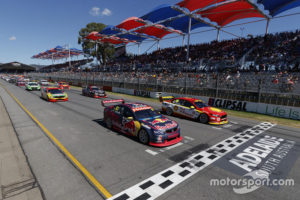 And where that money is going

The value in marijuana equities is created by government fiat giving conception to a license.

Full, commercial licenses were given out in Canada first, so that’s where the capital went first. Today, 134 companies in various states of completion (none in a state of total completion) are competing to supply a Canadian market that, if web retail is any indication, is still mostly underground.

Institutional money and the liquor and tobacco industries have taken stakes in some of the largest companies. Since none of these companies figure on showing an operating profit any time soon, it’s a safe bet that those interests are getting ready for an expansion into the US market when THAT government creates value by fiat.

In the interim, US markets are developing in silos. The product can’t cross state lines, so the market is balkanized. The USA is a growth market with its license in the mail. It’s pain staking to go state-by-state, laying the groundwork that grows dope and establishes brands in each state. The companies who are doing it are building businesses designed to be pieces of of larger operations at such a time that the feds legalize it. The liquor money, tobacco money and just plain money money will bid against each other for turnkey businesses that show they can make and move product. The move here is to figure out which of these operations is equipped for this race, which are serious contenders, and who has the pole position. 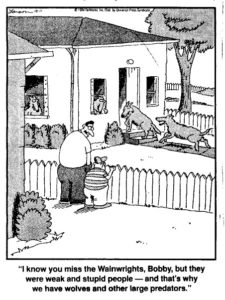 What to consider in US-based PotCos

These companies are going to throw a lot at you. The number of states they’re in, the size of the facilities they’re going to build…ultimately only one thing matters: that they move units.

The company with the largest valuation in Canada is the one that moves the most dope. 2nd place moves the 2nd most dope, etc., and all on down the line with few, temporary exceptions.

But the whole point of taking on companies with a pre-production risk profile is to make a bet on a race that hasn’t taken form yet. And, for that, the square footage projections and glossy map graphics do serve a purpose. But only in the context of the one true test of ability: can they afford it?

Check out that cash balance, the apparent burn rate, and ask yourself whether there’s enough there to sustain the build-out they’ve planned in their investor literature. Some of these companies operating in the US are hedge-fund backed MLP-style structures with a healthy cash balance, and plenty where that came from. Others are going to have to go back to the equities market to cash up. That might work and it might not.

3) Promotional chops. While we’re interested in equities that have business behind them, as opposed to just empty promotion, it’s no sense being the best kept secret on the street, either. We appear to be exiting the market that took all-marketing-no-sales Emerald (TSX.V:EMH) to a peak market cap close to a billion dollars, while no-marketing-all-sales Emblem Cannabis (TSX.V:EMC) could never get over $220 million or so. Emblem is in the process of being acquired by Aleafia (TSX.V:ALEAF) for $173 million, having never really got their message out. (Which strikes us like a decent move, because if there’s one thing that Aleafia knows, it’s marketing.)

If we could call the bounce, we wouldn’t blog for a living

We’re just here to bring you the fundamentals and the hype, you’ll have to pick your own entry points. The steady march of broken down CSE mining shells being RTO’d by US operations looking for access to public markets hasn’t slowed down in recent months, it just got more sophisticated. Fundamental Hype is in the process of doing the research that helps our readers tell them all apart, so stay tuned for a closer look at the landscape.