The marijuana business news ecosystem places a premium on headlines that cause a dopamine rush in the reader by playing up a fresh indication that the United States might soon make cannabis a little bit less criminal. Marijuana Moment, among the best in the business, headlined a story about a procedural ruling in a US second circuit court of appeals “FEDERAL COURT ORDERS DEA TO ‘PROMPTLY’ CONSIDER MARIJUANA RESCHEDULING… OR ELSE” Thursday, which is a whole lot more satisfying than the substance of the story, that the court isn’t going to throw this out entirely unless the DEA shows that it’s doing something that would either start cannabis along a de-scheduling process that keeps it from being FEDERALLY ILLEGAL, or do some research to show why its classification as a schedule one narcotic is warranted, and that they ought to step on it one way or another, for the sake of the children.

Those are the stories that click, because the high-yield bets all hinge on one of them paying off sooner or later, and there being a path past the ongoing injustice of this medicine remaining FEDERALLY ILLEGAL!! and the act of fostering the beginnings of the curious proto-empire that assured nods of consensus confirm is presently forming long protein chains in the primordial ooze of the enlightened states is a dashing, jurisdictionally fluid character known as The MSO Man.

FEDERALLY ILLEGAL!!  Can you believe that? The MSO Man can’t. This plant. This sacred herb that has been the foundation of so many sweet dreams and made so many sweet clouds at so many sweet concerts. The natural medicine of the ancients! A known-to-be-effective treatment for everything from Chron’s disease to epilepsy to MS, friend to those afflicted with cancer and AIDS, and to grandmas with glaucoma… FEDERALLY ILLEGAL!! He’ll abstain from telling you what he REALLY thinks of those Washington lizards and assume the weed war persists against public interest for reasons of momentum; because it takes time to do a 180° turn in a battleship the size of the US federal government, so that we might politely avoid the fact that the repeal of federal marijuana prohibition would be bad news for the pharmaceutical and jailing industries, but the “why?” hardly matters. What matters is that it remains FEDERALLY ILLEGAL! Despite overwhelming support for its use at the state level and by the public at large!

In a star-spangled tradition of defiance, the various state governments who can imagine the revenue bump have set terms for the growth and sale of the plant and its products, creating a balkanized landscape of licensing environments with different rules of engagement, servicing different sized markets all while still FEDERALLY ILLEGAL! It defies any conventional attempt at scaling. The goods can’t cross state lines for starters, and many of these states explicitly disallow the ownership of marijuana enterprises by publicly traded companies. Standardizing licenses across jurisdictions is the last things these states want to do, so the MSO man has learned to not even bring it up. If New Mexico was just going to copy what Nevada did, why bother with a legislature in the first place? They’re sticking their neck out enough already by facilitating the propagation of a SCHEDULE ONE NARCOTIC! That is FEDERALLY ILLEGAL!!

A landscape that convoluted is only a barrier to business for those without vision. To the MSO man, the glorious, towering statue of a commercial American marijuana market is already there in the core of a big marble slab the size of Gibraltar! All that’s missing is a few key strikes to chip away all the waste rock making it FEDERALLY ILLEGAL for the statue parts to work in concert with each-other, and American commerce will be able to exploit it like a civilized culture. Until then, the various emerging businesses that are beginning to look like they might be parts of that statue – so resilient and in such high demand that they’re able to operate and be financed outside of the federal banking system – who won’t go anywhere NEAR them in an environment where their core commodity is still FEDERALLY ILLEGAL! – are in a prime spot to become commodified in their own right, through the time honored capitalist tradition of securitization. That can’t happen in the United States, where trading in marijuana and marijuana-based securities remains FEDERALLY ILLEGAL, but money is the water of the business ecosystem; it always gets where it needs to go eventually, even if it has to take the long way.

The Canadians are less uptight about this sort of thing. Up there it’s no longer federally illegal, and it just so happens that they have a whole stock exchange full of tired mining promotions that nobody is really using. So the MSO man gets a hold of some backers with VISION! and rolls back Nowhere Lake Ventures, puts the US assets in a fresh BC incorporate owned by its US backers by virtue of some legal construction that concentrates the shares of US entities such that the company is able to maintain its status as a foreign private issuer, does a reverse take over of Nowhere Lake with the BC incorporate, and presto! Publicly-listed, US-based marijuana assets – isolated from the federation in which they’re illegal!

The banking institutions that make up the larger US economic superstructure still can’t touch them, and the venture capital class for whom the MSO Men of the world operate might even like it better that way. They can have a field day financing a bunch of half-built businesses whose best and only redeeming quality is their potential to become part of a larger future marijuana industry at such a time that the industry isn’t FEDERALLY ILLEGAL. The Hedge Fund sect has risk-on trades like this down to a science. Write a convertible bond and hedge out the volatility risk with a proportional short on the equity. Then, the MSO Man can get busy selling the potential.

And sell it he does! In a rare instance of retail investors leading a trade, financial cable news features CSE-listed MJ companies daily over bong-hit sound effects and a panel of well-meaning anchors earnestly trying to make sense of the explosive development of foreign-listed exotic venture companies being something they’re allowed to cover, and MSO Men shouting loud, aggressive near-term revenue projections at them in between impassioned expressions of gratitude for having been able to help so many patients.

Canadian financial media – tailored for small-cap promotion since the cradle – knows exactly what to do with companies that are all potential. They wouldn’t be much use in a natural resource economy if they didn’t. Having been listed in Canada, comfortably outside of the purview of the Securities and Exchange Commission, who can’t regulate businesses that are FEDERALLY ILLEGAL, the MSO Man discovered that he could push the envelope quite a ways before Canada’s various provincial securities regulators managed to warm up their turnip trucks, make their way down to the telephone switch and tell them that they, “probably shouldn’t do that, eh?”

There’s no reason NOT to report projected annualized revenue figures that amount to 700% growth – including assets that the company doesn’t technically “own,” but only manages, because owning them would be against the state law that allows for the operation of this FEDERALLY ILLEGAL business – so why hold back? What’s the worst that could happen? They miss on a big projection, the stock takes a dive and the venture capital firms whose special purpose vehicles own the control blocks end up having to finance their way to an increased stake at a lower valuation? These are convertible bonds! They’re being paid somewhere between 12% and 20% a year to hold on to a weed slinging business for as long as it takes for it to no longer be FEDERALLY ILLEGAL!

But don’t mistake the MSO Man for some sort of snotty, yacht-owning, hedge fund type! No, you’ve got that way wrong! He’s able to move among them for the purpose of financing this vision, but he got that blazer at American Eagle; and can relate to the retail shareholder because, just like mom and pop, he’s in it for the mission! Where would he even be without retail? The financial sector whose death grip would have already wrung the life out of mom and pop investor if they weren’t so damned resilient would rather finance the prisons and opiate manufacturers that keep the plant FEDERALLY ILLEGAL than have the GUTS to risk their charters sticking up for what’s RIGHT! So the MSO Man is a big fan of the retail trade.

Fortunately, being short-stacked by Hedge Funds with an information advantage doesn’t seem to bother the retail crowd too much, so long as the MSO Man keep pushing the throttle open and leans on the excellent near-term prospects and the generational-wealth-creating long term prospects. These will trade just fine as long as there’s some blue-sky potential around, and morale remains high in the sector so long as there are more levels to be unlocked along the path to full legalization. The loosening of banking laws and the evolution and expansion of licensing on a state-by-state basis have the makings of catalysts that can be sold and re-sold to new tiers of retail money a few different times before the proper American Sell Side even gets a square shot at selling proper American cannabis equities to proper American financial institutions.

At the moment, equities biologists note that while the MSO Men remain strong in numbers, their populations have stopped growing abruptly. Nobody really knows if that’s good or bad for the US business ecosystem, and the individual MSO men are far too single-minded to take notice of their own population dynamics. The MSO Man exists on the constant discovery of new dollars that share his revolutionary vision of an American Cannabis future – on the simply bottomless potential in CBD-based beverages and hand-creams, on the fibromyalgia and ADHD and hemorrhoids of millions of Americans being FINALLY relieved by The Plant, and by offering them all a shot at its commercial potential on a once-in-a-lifetime pre-sale.

Fundamental Hype’s US marijuana equities deconstruction is on the way

In the vacuum created by the demand for emerging cannabis stories, pretty much anything headed for any number of poorly defined gated value tiers is going to be sucked upward. The press keys in on rays of light shining in to legalization because that’s the value jump we’ve all signed up for. Traders will find a way to ride the momentum and skip their way across the patterns, and equity investors will find ways to tell the sustainable growing businesses from the adventure stories that have been given ticker symbols. It isn’t difficult once you know what to look for. Two financial quarters into this exercise, these companies are starting to develop character. Our statistics team has enough to work with that the lead no longer needs to be the attitude these airships have taken at launch. The time has come to run the numbers, gauge these things for speed and stability relative to their respective sizes, and let’s not leave out efficiency. Plenty to cover all of a sudden, and Fundamental Hype readers can look forward to the independent coverage they’ve come to trust… which, as far as we know, is not yet federally illegal. 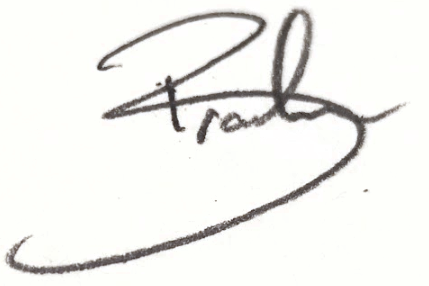