Fundamental Hype presents a quick look at the way the various tiers of the business press are covering the pot landscape, including an atrocious out-of-context hit piece leveled at humble e-retail entrepreneurs Namaste Technologies.

“In the old days men had the rack. Now they have the Press.”
― Oscar Wilde

The ongoing obsession with marijuana companies in the venture markets spread to the financial press some time in early 2017, creating a news hellscape of fuzzy generalist stories about the emerging sector that contribute to the ongoing non-understanding and over-interest/over-weighting in its equities. This terrible feedback loop has doomed the market and the stock and news-consuming public to never be able to get a clean read on anything.

Business dailies don’t cover smallcap without good reasons, but can’t ignore the pot sector while it undergoes a wholesale displacement of junior mining, either. It is to be expected that traditional outlets like the Globe and Mail will run general magazine pieces about what the retail roll out might look like, and about the way the trend is making its way, uninvited, into consumer retail stocks like Second Cup in between stories about the largest companies in the cultivator class. Overall, The Globe is doing a fine job, and Postemedia’s properties are as hopeless as ever. 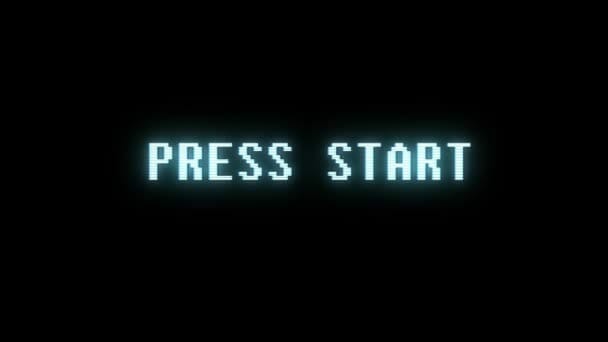 This is new media’s big chance to own business coverage

The pot rollout is an exciting time in business. A brand new market in a proven commodity is being made available to the capital markets by virtue of regulations that are unfolding differently in different jurisdictions. A whole universe of small companies are dreaming up ways to best take advantage of that market and of the investors who are greedy enough to take the risk that comes with it. We’ve seen the emergence of strategic inter-jurisdictional listings, aggressive capital raising in white hot markets taking companies to price-to-book values in the hundreds.

New vehicles have emerged to suit all manner of strategies (collectivists, ancillaries, etc.), and a parade of personalities are starting to turn up that threatens to rival the ones from the dot-com melt-up or the turn of the century capital markets frenzy for companies laying transatlanic cable. There’s plenty to cover in small-cap pot and no shortage of audience for it, so digital outlets who are in the habit of covering smallcap have no excuse.

The team over at Grizzle have been consistent with clean, readable, original, data-based coverage that is just as useful to the generalist as it is to heads. The more company-specific stuff over at New Cannabis Ventures is a bit more granular and reads like the re-posting of press releases (because it effectively is the re-posting of press releases), but is a fine read just the same.

There are many others, of course, but none of them are as consistently banal and unreadable as digital financial content pioneer The Motley Fool.

Sean Williams has been writing paint-by-numbers columns about the pot market for The Fool since some time in 2016 that are one step ahead of those computer generated trader articles that try to game google news.

The forgettable posts usually feature some flavor of re-telling of the action on one or several of the big pot stocks along with a few operational metrics or projections selected seemingly at random, married to a clickbait title and broken up by the same stock photo art (seriously. TMF uses a handful of images over and over). Williams painstakingly explained to his ostensibly financially literate audience about a year ago that cannabis companies, who have no significant revenue, were in the process of diluting their equities as they sold stock into one of the hottest equity markets of all time. Six months later, he was making hay out of Aurora’s growth, and making the bold projection that the third largest of 100 total companies with a license to sell legal weed to a 33 million person Canadian market would continue to see a growth in sales.

A month later, Williams told us about the “simple and genius,” idea of a pot-royalty company, passing Cannabis Wheaton’s production projections along verbatim, without criticism or analysis, and stating that the company “might just be the smartest buy,” in “a Cannabis industry mired by question marks.” Cannabis Wheaton has since re-branded as Auxley (XLY.V), and has performed poorly lately, leading Williams to warm over his take about XLY having “promise,” adding a dash of research and the caveat that the promise comes with “peril” on June 20th.

Ordinarily, an outfit so transparently trading in topical traffic that they have no problem running a post about “Canada’s Under-the-radar maraijuana supply problem” three months after running one by the same author about how “Canada is headed toward an epic glut of marijuana,” wouldn’t be something I bothered my readers with. But they’ve been unkind to one of my very favourite companies, so I’ve got take a minute to stick up for Namaste Technologies (N.V).

When will the financial press end its blatant bullying and mistreatment of Namaste Technologies?

At the end of slow quarters, The Fool runs their stock image of a sad trader on a listicle about “The worst performing stocks,” of that sector. Williams’ coloring-book job about the pot sector ran Friday, and his section on Namaste was SO UNFAIR!

Namaste shareholders took a -18% haircut on their equity in the 2nd quarter, and The Fool has it down to them showing a $3.2 million net loss, and printing 100% of their outstanding shares, which has me wondering if we might have to start taking the title of the site a bit more literally. Here’s the N section of the post in its entirety.

Sometimes lofty expectations don’t get met, which is likely what happened with Namaste Technologies (NASDAQOTH:NXTTF) during the second quarter.

Shares of the online medical cannabis retailer dipped 18% following what looked to be decent fiscal second-quarter operating results. Sales for the company practically tripled, to 5.6 million Canadian dollars from the prior-year period, with gross profit rising by 150%.

Namaste is in the process of building out its NamasteMD online portal, which will be supplied by wholly-owned grow farm Cannmart. It witnessed substantial growth outside the U.S., with its Australia business exploding to CA$1.23 million in sales from CA$0.09 million in the year-ago quarter.

However, behind this growth was a CA$3.2 million loss, which had doubled from the previous year. A near-tripling in selling expenses and a doubling in administrative costs doomed Namaste to a loss, despite its rapidly rising revenue.

Additionally, like many of the company’s peers, Namaste has seen its outstanding share count rise considerably over the past year. The company’s financial report filing with SEDAR in Canada lists more than 246 million shares outstanding, up from 114.4 million in the year-ago quarter. Though bought-deal offerings that led to this increase have been critical to providing the capital needed to acquire the pieces of the puzzle that could make Namaste successful one day, a higher share count has also diluted existing shareholders and could make delivering a meaningful per-share profit that much harder down the road.

13-fold increases in sales aren’t godsends. Namaste increased sales by spending money on new subsidiaries, setting up partnerships with new and popular lines of products brands, and driving shoppers with money to their web properties. While they’re at it, N is busy trying to hook in 50,000 marijuana patients to their patient portal in preparation for the anticipated green-light to sell them weed at a margin. There was no reasonable way N was ever going to turn a per-share bottom line profit in that quarter. Namaste is a venture stage business in a high-growth sector who shouldn’t even consider showing black ink until they’re showing sales in the hundreds of millions and can comfortably say they’ve reached and retained a sizeable part of their total market.

Incredibly, Williams’ post doesn’t discuss the valuation of N or any one of the other “five worst performing marijuana stocks” that he is covering (including Auxly), and that’s unfortunate, because it’s got everything to do with the equity’s poor performance. Namaste had a $481M market cap at the beginning of the quarter. Once the volume frenzy cooled down, it would have taken some serious delusion to see that kind of value in $1M worth of quarterly income and an asset base that amounts to a basket of goods that may become useful if N can successfully execute once they’ve completed the licensing process… and if the regulatory landscape allows them access to the provincial markets. Namaste currently has a $420 million market cap, which is still overvalued by any reasonable analysis. We did our own N value breakdown in pt. 3 of an ongoing series on Namaste last week.

Naturally, markets aren’t famous for acting rationally, so something like Cannmart getting a sales license or Sean Dollinger being invited to give a TED talk about e-retailing could bring an influx of buying and aggravate this overvalued condition just as easily as everyone could move on to quantum computing, lose interest, and smack this thing down to its book value ($65M).

Either way, expect The Motley Fool to run a regurgitated version of what happened, and explain plainly that it happened for either the exact reasons that the company says it did, or because they just printed too much stock.

(Feature image of Mr. T was lifted from Best of the 80s)