There is a misconception that persists among the retail investor sect that short sellers can cause the price of a stock to go down, and the most enterprising of shareholder relations departments are happy to use it to their advantage.

Following a much-lamented warrant acceleration at Cannabis One Holdings Inc. (CSE:CBIS), and associated submarine dive by the share price, the company announced Friday that they would be rescinding that acceleration, while blaming a one-day 55% drop in value (the tail end of a 5 day 70% drop in value) on a short selling syndicate taking advantage of the effective cash-call that the company made on their shareholders (the nerve!).

Once upon a time…

The retail crowd appears to have bought this line, and they always do, because it gives them what they desperately need: a story with a villain that isn’t the people in whom they’ve placed their trust.

CBIS is trying to peddle some babe-in-the-woods routine, blaming this episode on some capital markets advisor who took advantage of them, and that is a neat twist. It telegraphs an unfamiliarity with capital markets that is going to be well noted by veteran investors and will probably endear them to the bagholders they created with this boondoggle.

Contrary to the understanding of village idiot Chris Parry, shorting a stock doesn’t “make” it go down. A short is a bet that the stock will go down, and it’s a pretty hot bet in the context of a stock that just told its shareholders that they were going to have to come up with some cash on the quick. Where did they THINK it was going to come from?

It’s common for the holders of convertible bonds to go short a stock as a hedge, creating the kind of confusion that Chris is laboring under. A lender can’t make the stock go down with a short (and neither can anyone else). They take a short position so that they don’t lose their shirt if it does.

In bona fide short attacks, the “attack” isn’t the act of shorting the stock. The attackers borrow shares and sell them short to set up the payoff, but the “attack” is often a piece of journalism that exposes actual or alleged weakness in the security or the underlying business. The December short attack on Aphria (NYSE:APHA)(TSX:APHA), for example, was facilitated by the Hindenburg report. Anyone who shorted CBIS was more of a scavenger than a predator, the kill having already been made by management in the form of the warrant acceleration. 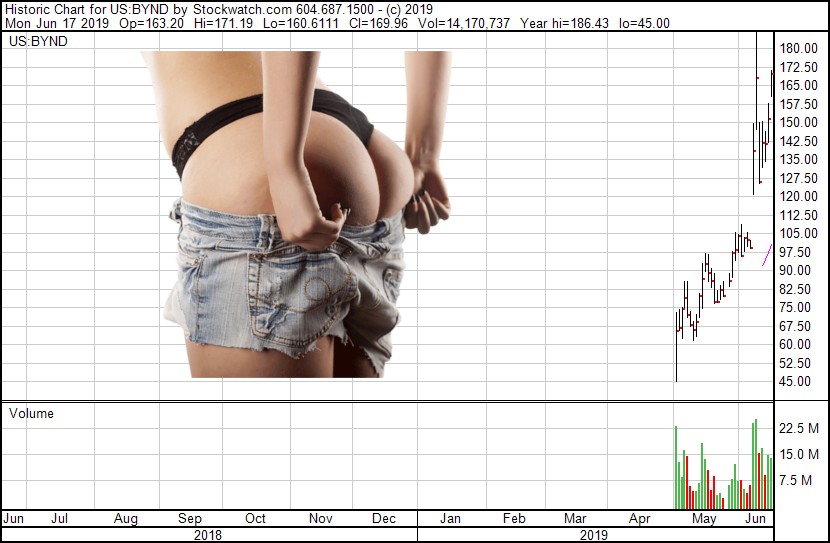 The move is to squeeeeze into those shorts

Short squeezes happen when short sellers run into buying they didn’t expect, and rush to cover by taking out the ask price. Beyond Meat (NASDAQ:BYND) shareholders recently benefited from a short squeeze, and Tesla Motors (NASDAQ:TSLA) CEO Elon Musk infamously caused one by lying about an $80B bid to take the company private (there was no bid).

A shrewder operator would have had an order ready to go. Warrant acceleration is catnip for shorts. A trader with the capital who knew they were coming could hang out waiting for them to pile in, for the bids to move down, then start grabbing offers until it’s back up past the price that they shorted it at, and offer it up for whatever he likes. “Buying gets buying,” as the saying goes. Once an order playing possum gets the mob on its side and puts the squeeze on the shorts, the company gets their warrant cash, and all the short sellers get is their money taken by the longs.

Instead of being out here peddling excuses right now, management could be shrugging about why CBIS went on such an incredible tear. “I guess the market just likes the idea of the capital from the exercised warrants helping us execute our plan. We certainly are excited about it and invite investors who aren’t familiar to take a closer look…”

When the tide goes out, everyone gets to see who’s swimming naked.

Running a pot company has been easy for the past 2 or 3 years. It basically involved taking the money that the securities industry was throwing at you, then taking credit for the work the sell side was doing to create a market for it. Now, the bids are harder to come by, and a management who don’t understand the capital markets are going to get taken to the cleaners like this more often. Well… their shareholders are, anyhow. Management will probably be just fine.