You want to know something? Y’all are junkies.

When the Canopy  / Acreage rumors started to break on Wednesday, it took all of six seconds for potstocks twitter and reddit to start playing mach-em-up; ‘shipping Canadian Cannabis LPs with US MSOs. It got so obvious who was buried in what that I started planning which companies to trash based on who rubbed me the wrong way. (I’m KIDDING, people! Everyone thinks I’m trying to ruin their favorite stock, but I’m not. Fundamental Hype is only trying to ruin companies with April and November year-ends. It’s payback for messing up our comp sheets.)

It could be that this merger represents a permission. A precedent-setting bold action by one monkey that, once seen, will cause the other monkeys to do likewise. But for the moment, it’s just another excuse for you degenerates to talk your books even LOUDER, and for me to start wondering whether or not you’re over exposed. 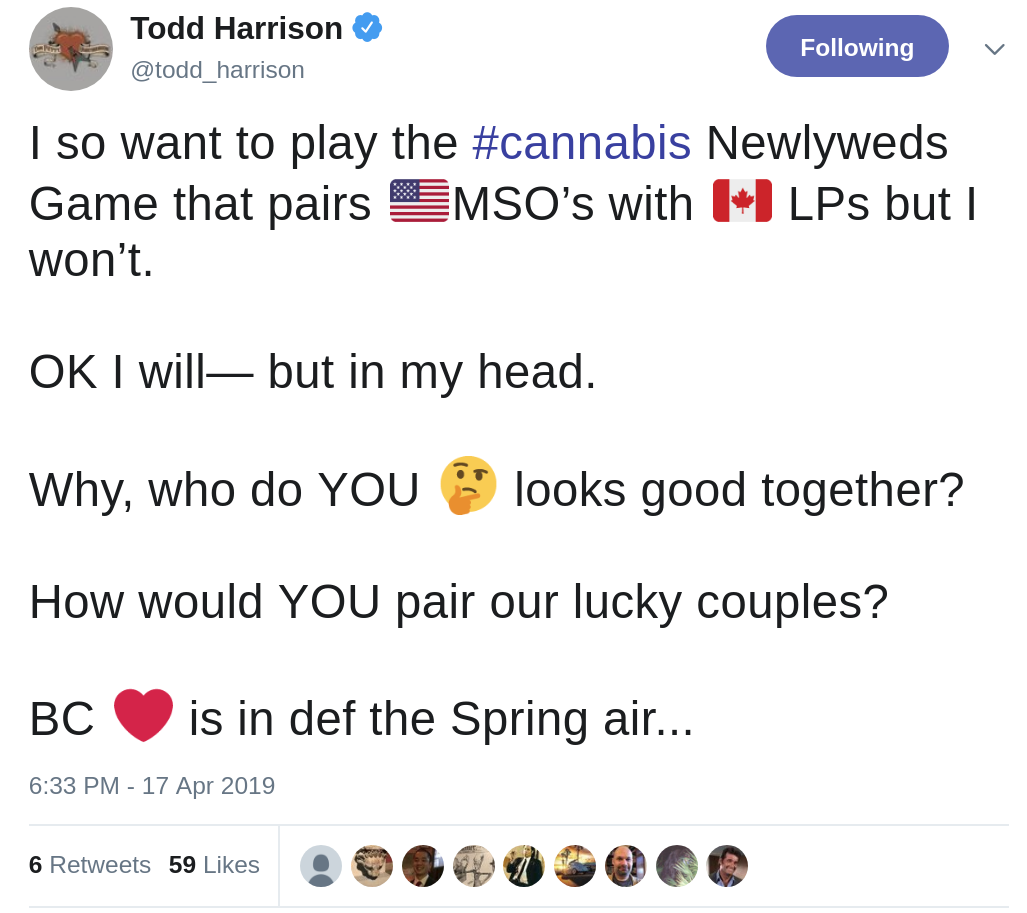 Which is ridiculous, because OF COURSE you’re over-exposed, and I’m as ready for the parade lap when it starts raining money on MSOs as the rest of you are, I’m just not as convinced that it’s as on as everybody wants it to be.

Witness, first, two CNBC clips. This one aired at the time that the news was breaking that Canopy and Acreage were talking, expected to announce a deal the next morning.

Host Melissa Lee explains the deal with more than just a little bit of confusion (but does a FINE job considering what she was working with), and is then questioned by her co-host Tyler Mathisen, who seems even more confused. It’s pegged? Is this a roll-up? What do we call this?

The next morning, with Linton and Murphy on Fast Money to explain the structure, how the deal came together and why, Linton talked up the idea of being first.

And being first is fine for Canopy. It’s worked for them so far, and they’re not in the business of waiting until things work to put them on their balance sheet (sort of), and sell their perceived value to the market. But we don’t expect that this is a structure that will be emulated by anyone else of consequence any time soon.

Canopy Growth timed this acquisition perfectly, and I’m not just talking about the fact that it saved the market from rolling over. Acreage just printed a $205 million net loss in their last fiscal year (we think, tough to know without financials, Acreage still hasn’t put them on SEDAR, etc.), for properties that delivered a gross profit of $8 million.

This taking-over-the-cannabis-world adventure isn’t the kind of thing that pays for itself. A great deal of these US cannabis assets still have to be built out and run. Properties in 10 states aren’t going to operate and manage themselves. The cocktail napkin that Acreage wrote their “financials” on says that they have “$105M in cash and cash equivalents and $149M of highly liquid short-term investments.” This is following a $119 million private raise that we were informed of August 9th, but have very little information about. There’s no prospectus, it doesn’t say what kind of instrument was used to do this raise, and the September balance sheet, which should include that money, shows $74 million in cash, with only $486,000 in debt. The balance sheet “highlights” contained in their earnings circular include $15 million as the current portion of long term debt, but leave out the balance of the long term debt (I guess it didn’t make the reel). 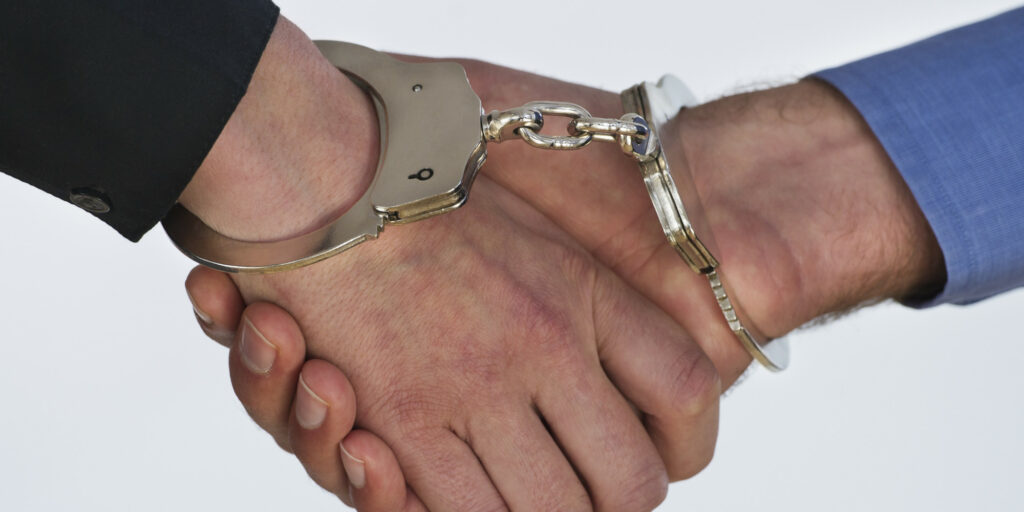 In any event, building out US cannabis assets isn’t free. Having Canopy golden-handcuffed to them, with Constellation Beverages handcuffed behind THEM, makes for a pre-made lead order the next time they want to finance. And it’s likely that they’re going to want to finance, because these properties aren’t floating themselves yet, and there’s no way to know the relative strength of their balance sheet because Acreage hasn’t yet filed their… Y’know what? Never mind.

$3.4 billion is a big number, but it’s one that Canopy can carry because of their OWN out-sized valuation, and because of a corporate ecosystem that can practically count on a magic ATM. They don’t mind having to wait several years for the states to sort itself out, figure out how the banking is going to work, which of these assets are keepers and which ones are duds, optimize the cultivation assets, etc. Other LPs may be able to carry that kind of valuation with their stock but, for the most part, they don’t have the cash balances to take on new build outs. What they’ve got is meant to be sorting out the builds they’ve already started.

Which LP will be next to acquire an MSO?

But you junkies won’t let me off the hook with that, will you? I’m going to get dragged like a dirt infield if I don’t come up with a way that something like this can happen, because the war on fiscal conservatives is real.

Cronos (TSX:CRON)(NASDAQ:CRON) has the multiple to get it done, complete with the big corporate backer. To be in a position to acquire an MSO, they would need to either get a cash injection or sell the Aurora stock they made out with in the Whistler Medical deal.

HEXO (TSX:HEXO) has a smaller valuation, but a much stronger balance sheet, the semblance of a corporate backer (Molson deal is a JV with an option, don’t get carried away), and are absolutely silly enough to try something as boneheaded as charging in head first to do a complicated, arms-length, tenuously-legal deal with an even more complicated foreign entity who has mystery financials and an opaque capital structure, because they saw the big kids doing it too. Talked myself into it: HEXO’s the bet to go after one of these MSOs.

I don’t know which one. Go argue about it on Reddit or something.

Without even joking, the rate and tone of these posts has as much to do with gauging the state of this market as anything, especially since we can’t even get financials anymore, and it’s just as well. The idea that a punter needs to read a balance sheet to know anything about these companies is sounding pretty quaint. We’re in a market where stock is being moved by someone who has adopted the name and persona of a typecast actor, flinging off lifestyle-marketing flash flexes full of cashtags, and assuring us that there’s really nothing to this investing stuff.

A little bit of Tony Robbins style follow-your-heart motivation poster material… Just enough light bullying that it feels better to be on his side making easy money, than on the other side, being negged for not having the NUTS to make that trade… Presto. 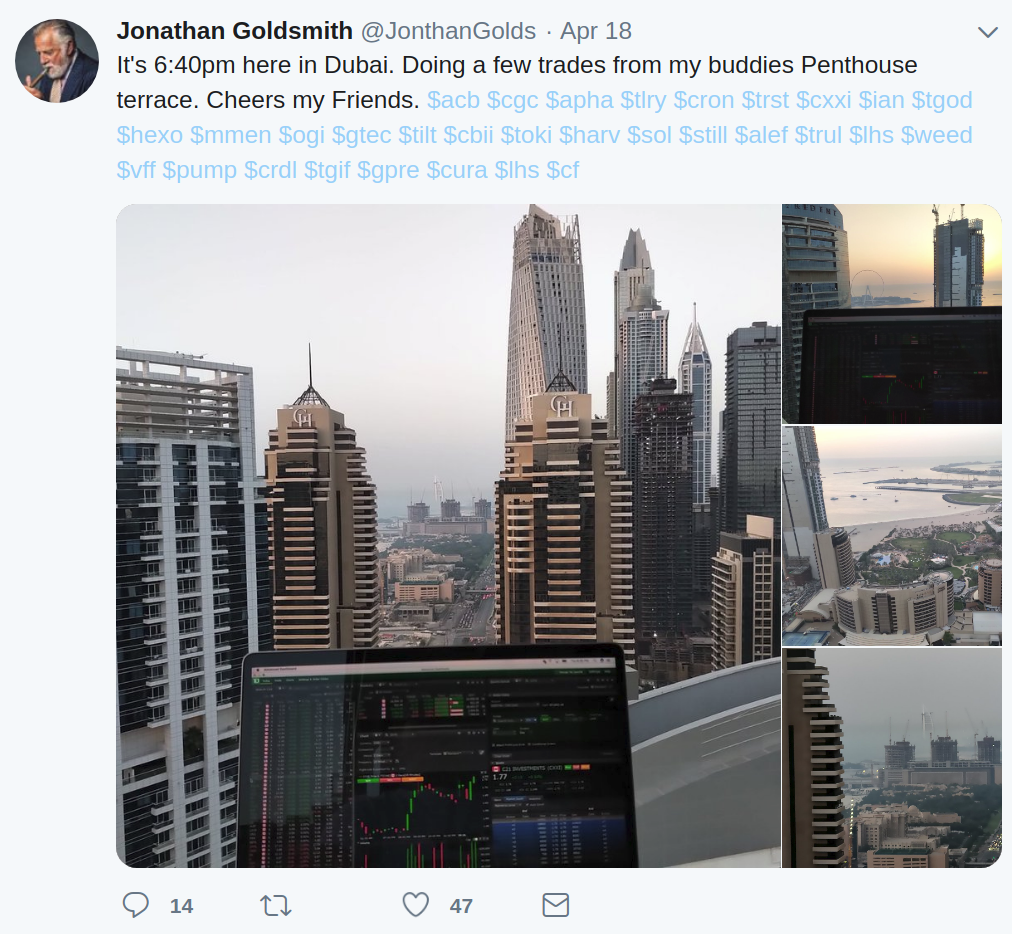 “Jonathan Goldsmith” has both his fans and his haters watching for what he’s going to do next, and appears to have put himself in the enviable position of being able to TELL the retail market what they want. I think the kids call that being an “influencer.” All he needs now is for this wound up retail crowd to…