There were new, emerging sectors of equities with de-risking curves that had to be defined in a fluid process long before legal marijuana came around. They all inspired tremendous speculation and volatility, just like the pot sector does today.

The boom that surrounded the race to lay the first transatlantic telegraph cable started in the 1840s, and the build-out that continued for the rest of the century was a close parallel to the present-day cannabis boom in terms of equities markets.

Companies had to be smooth to lay cable

The advantage of a cable that could reduce the transmission of a message across the ocean from ten days by ship to minutes by cable was easy to visualize, so investors wanted in. That was handy, because laying cable takes money. Money was raised and certificates were traded in liquid and not so liquid markets by speculators based on news and rumors. Despite the current share price, the actual value of an in-development company trying to lay that cable had to do with the state of completion that the venture was in. The company became less risky and more valuable as it established a plan that was plausible and attractive, raised the capital required to execute it, went through the process of laying the cable, proved that the cable could reliably transmit information, and that it would last for a reasonable amount of time.

Cable startups’ stocks would soar and dive along with rumors, news, exposure to money, etc., just like any respectable, greed-inflated bubble. It was up to investors to ascertain whether they were over or under valued at any given time, relative to their stage of de-risking: to determine whether the companies’ prices currently reflected the balance fulcrum between the amount of risk that management had worked out of them, and the amount of risk left in them.

Cannabis is a different business, but risk assessment doesn’t change

Cannabis startups deal with a similar known-to-be-in-demand product that has a much nearer term income potential than transcontinental cabling companies from the boom era ever did. So much, in fact, that it’s easy to lose track of the fact that it is still a sector of startups. Even the largest companies, furthest along the de-risking curve, are venture-stage equities with more de-risking to do, and an obligation to use the money they’ve raised efficiently, least they have their lunch eaten by their competitors. The large alpha-predators of the ecosystem have a different set of growth problems than the mid-tier scavengers and vegetation do, and they use different strategies to accomplish that growth. But they’re still venture assets that grow by de-risking, and it’s prudent for investors to treat them as such, because their value has a way of being distorted by story, and the market follows.

Stories make markets work. We’re hard-wired to understand things in the context of narrative, so compelling narratives have a habit of taking on a life of their own. They persist, and create momentum and volatility, often making themselves the thing that our distractable, monkey brain-fueled market are de-risking, instead of the companies themselves.

In December, Aphria (TSX:APHA)(NYSE:APHA)‘s market got busy factoring in the risk of Hindenburg and QMC’s allegations being materially true, the risk of Aph’s management being self-interested, of the LATM assets being future write-downs, and of investors ultimately losing confidence in Aph’s ability to deliver. The jury is still out on whether Green Growth Brands (CSE:GGB) acting like it was going to bid for Aph was a stunt to raise its profile, or a stunt to remind the market of Aph’s current spot on the de-risking curve (stay woke!), or if they actually make a bid, because the stunt got a little too real (UPDATE: as we were editing this post, MarketWatch reported that GGB has made a formal offer to Aphria management. There hasn’t yet been a company announcement. Stay tuned.)

The idea that a company may be a takeover candidate because of “synergies,” or because they’re geographically coincident to a takeover company, or because they have management or shareholders in common with a parent company is compelling, and it’s the type of thing that hits growth investors in liquid markets – who are always looking for uner-priced assets – right where they live. It isn’t like those things don’t matter. They’re even likely to reduce friction along the deal path. Likewise, the idea that a large investor like a liquor or tobacco company might be interested isn’t nothing… but it isn’t a fundamental change, either.

Stories and rumors are the source of the turmoil that mis-prices the assets, not things to evaluate in the quest to value assets by their place on the de-risking path. Ultimately, big pot, big liquor, big tobacco and private equity investors aren’t paying attention to innuendo. They’re doing what all serious venture-stage investors should do: evaluating marijuana businesses based on the de-risking that has already been done, and the de-risking that still needs to occur.

Tilray, right on cue with a fine example

Today, Tilray Inc. (NASDAQ:TLRY) bought private company Natura Naturals in a deal that illustrates a risk-assessment paradigm that one can expect from a public company designed to be controlled by a syndicate of VC hedge funds.

The deal pays Natura Naturals $C35 million in cash and stock up front for 155,000 square feet of active production, and an eventual, built-out footprint of 662,000 greenhouse square feet (according to Bloomberg). Natura shareholders can earn another $35 million worth of stock if they hit certain production milestones over the coming year.

Tilray has struck a deal that allows it to buy a company that can produce at the volume Tilray expects out of the footprint it has going. If it doesn’t, Tilray will have $35 million worth of stock that they didn’t commit to use to fix the problem.

At the mature end of the cannabis company risk curve is a business that grows high-test cannabis, at volume, and sells it to an active market. As the consumer market expands to include various different product offerings (oils, edibles, cbd, etc.), mature companies will find ways to compete in these markets as well, and find ways to do it at attractive margins. They’re in a position to do so, by virtue of having gone through the de-risking process. As we mentioned, truly mature cannabis companies don’t yet exist. The largest companies are still in the build phase on their largest facilities, constructing million square foot greenhouses and the associated processing infrastructure to feed an extended sales and marketing structure.

Tilray just bought a company that figures to  become part of the guts of an industry giant. Natura has one existing brand, and it isn’t carried in the on-line provincial dispensaries yet. The product they produce is being wholesaled, so it’s prudent to value their brand assets at NIL. The 155,000 square foot operating assets are worth $35M, and the bulk of the 662k square feet in development are worth another $35 million, if they work out, because the task of finishing these facilities, licensing them, staffing them and operating them at capacity can’t be taken for granted. Tilray priced it in to their risk assessment, and other serious investors will do likewise. 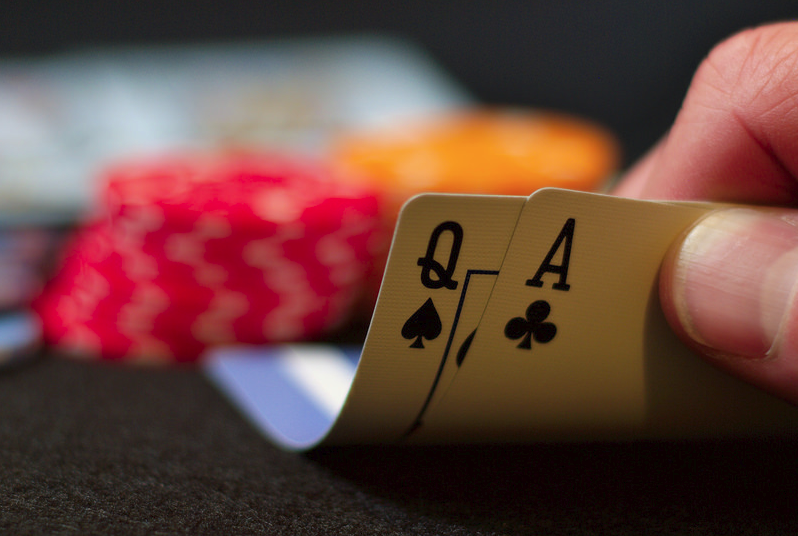 Any risk is worth taking at the right price

In the cannabis space, the eventual reward is considerable. There is significant revenue to be generated by a company who can consistently sell volumes of cannabis to the Canadian public and to the export market. Furthermore, the institutional experience gained building that company is a sort of pre-de-risking, because it puts the enterprise in a position to expand into other markets with less risk. But the building of the initial enterprises aren’t a foregone conclusion. Irrespective of what the market says, a business can only shed its full risk discount once it’s growing and selling product at a rate that gains and maintains market share.

Stay tuned for the next post in Fundamental Hype’s series on valuing cannabis assets: The Cultivator Class.