They are an unintended and uncontrollable, rapidly breeding mutant response to a banking system that has long abused an unreal and ill-conceived power of alchemy. But now, the building chaos of their ongoing coming out party is starting to get the attention of the neighbours down the block. Nobody really likes it, the cops don’t really know what to do about it, and someone just turned up the bass. The louder it gets, the less anyone cares who they piss off, and nobody looks like they’re ready to slow down any time soon.

Looking back on it from a post-apocalyptic history class, our great grand children will likely wonder how nobody saw the great shift in finance coming. We’ve been obsessively securitizing things since we grew frontal lobes. Once computers and networks got fast enough, one of us was bound to overthink it and make a Satoshi of ourselves. Fundamental Hype has been plunging the depths of cryptocurrency and blockchain for a while now, so I’m going to have a look at where we might be going and how to reasonably protect ourselves.

Gold guys ‘got’ bitcoin right away. The nursery stories about fiat currency and earned wealth that make up the gold bug mythos are part of an oral tradition that is frequently called a religion, and deserves to be. We also understood the ironic and perverse alchemy that surrounds the financing of gold’s extraction, and the delirious chaos that comes with the greed-and-fear based rush into the gold trade. Those who say they saw it clearly and timed it are lying, but everyone in gold recognizes this cryptocurrency boom in the same way reggae people recognized punk rock, and funk people recognized hip hop. It’s fresh, but it’s also familiar. And it’s got a mind of its own. And it’s dangerous.

With the cypto genie out of the bottle so recently, it remains the province of high-risk action junkies to try and make sense of it. We may write about the merits of individual currencies at a later date but, for now, the macro picture is the thing to understand.

If you need a quick primer in how blockchain works, watch this.

The terrifying beauty of blockchain is the fact that de-centralized, distributed networks are uncontrollable. Once released into the wild, the basic nature of these coins is hard to change. It’s been done, but it takes time, effort and cooperation. A large enough chain won’t tolerate it. For all practical purposes, the blockchains that host these currencies are set in terms of configuration. The size of the network changes as more miners process more transactions, and more capital comes in to the currency, but the basic shape and function of these chains are set once they’re released into the wild. Nobody gets to change the rules. They can’t be halted, and can’t be manipulated. Nobody gets to control the printing and distribution. The chain reflects the market, and the party goes on, good, bad, or ugly.

When the gravity and potential of Bitcoin, Satoshi’s immaculate conception, dawned on the specific archetype of nerds capable of understanding it at first, many of them immediately got to work on other blockchains that kept other types of coins. They all behave differently and do different things and, since we’re hardwired to a certain paradigm, they’re all understood as types of money competing with each other for shares of a fluctuating, net positive influx of yet another kind of money.

We are coming to you LIVE!, people…

Much like any other modern party, the crypto-rager is streaming live to anyone who wants to watch it, and watch it they do. We have a better collective idea about the state and cap of crypto-currencies than any other financial instrument. At the moment, about $150 billion worth of capital is in the crypto-currency market, $100 billion of it in Bitcoin.

For perspective, the Royal Bank of Canada has a market cap of $140 billion right now – and that’s in $CAD.

That big shift in July was Ethereum and the other minor coins grabbing market share from Bitcoin, an apparent hedge against any single coin becoming defacto legal tender.

The utility in the different aspects of the various chains is becoming apparent to this casino’s punters. That same awareness increased sector-wide volume by multiples as the noise from the party got more people curious, and fewer of them cared if anyone knew they were stopping by to check it out.

Hey man, you know where I can score a ticket?

Right now, those of us who obsess over markets and have spreadsheets instead of friends are getting calls from people we know asking if we know anything about this crypto stuff. What does it mean? Is it worth buying? How do I get in?

The “so-much-for-that, crypto-is-dead” crowd comes out of the woodwork on every correction, a sure sign that it’s got a critical mass of attention. 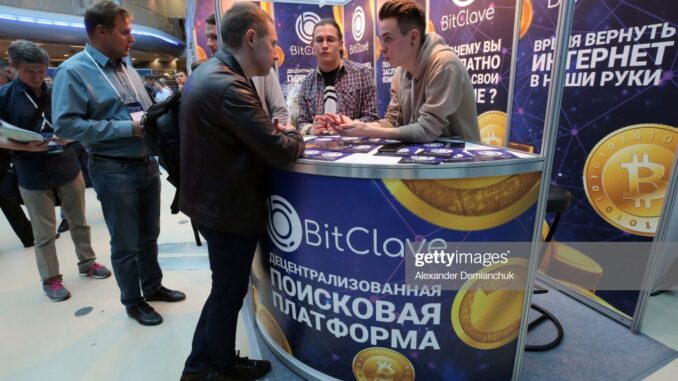 All parties end eventually, but special ones change the way people party. Think Woodstock or whatever sick sonovabitch threw the first rave. As this one bumps on, FH is going to do its best to bring your our evolving understanding of the mechanics of these new markets themselves, as well as their effect on traditional financial apparatus. In the meantime, have a good time. Try the punch and let your hair down. Keep some bail money handy just in case.